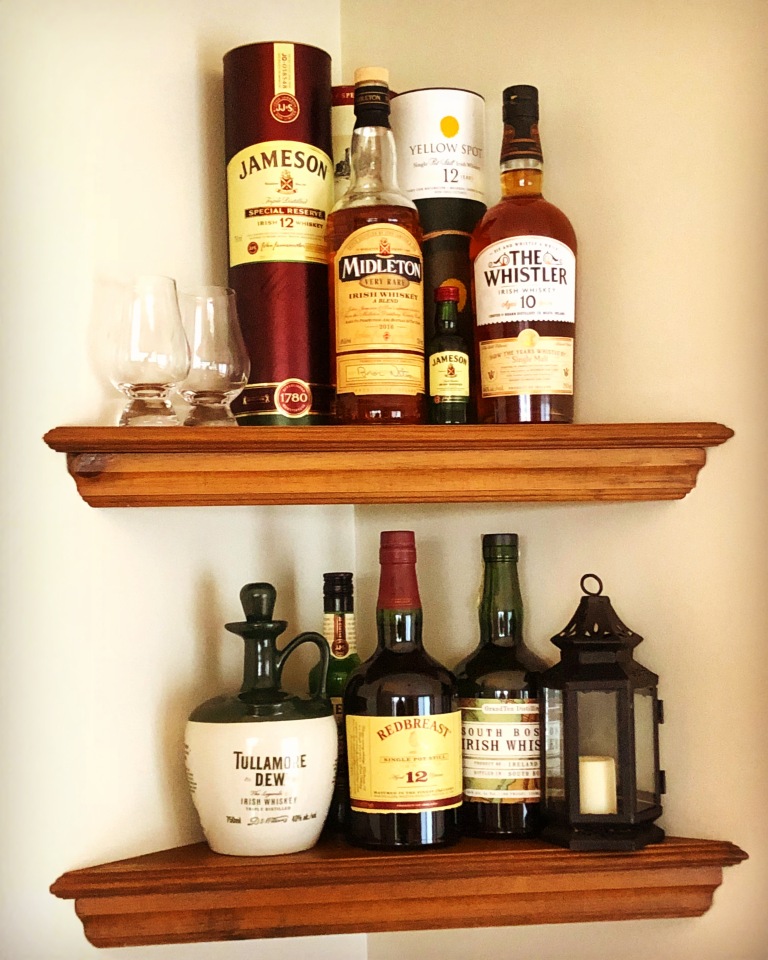 The name for this site came to me one evening when I was sitting at my computer, trying to think of what to call my new music blog. I was drinking whiskey and listening to music.

So here we are. There’s something about the combination of whiskey and music that just makes sense to me. They’re two great things that pair really well together. And while the focus of this site is most definitely music, it would feel a little weird not to mention whiskey at all, so here’s a quick list of my favorite Irish whiskeys.

I started off drinking whiskey by stealing it from my parent’s liquor cabinet, which was bad, and mixing it with a lot of soda, which was really bad. I feel like my dad would be more willing to forgive the former than the latter. I mixed it with soda because I was trying to mask the taste. I was young and still drank things like Mountain Dew, and I didn’t realize I was drowning the good stuff with sugar water. When I became old enough to order whiskey at the bar, I learned that bartenders don’t make their whiskey and cokes anywhere near as strong as I did, and I actually missed the taste of whiskey. Pretty soon I was ordering whiskey with just a splash of coke or ginger ale, then I grew up and started ordering whiskey straight up. Not long after I learned a little bit of water or a small amount of ice could bring out the flavors more. Too much water or ice will water it down (science!) but just the right amount will make the diversity of whiskeys more pronounced. So, for me, great whiskey is best neat or with a small amount of water or ice. For the good whiskey, there are plenty of other drinks to make with it. Here are some of my picks

Whiskey with a small amount of water or ice

Big Ginger — I know I just talked about not mixing whiskey with soda, but here’s the exception. Here’s why I will flip flop on that and not think twice. Big Gingers are such a delicious summer drink that I can’t argue with them. Whiskey and ginger ale is no revelation, but adding fresh citrus makes all the difference.